ROAD TO GELATO WORLD CUP, SELECTIONS FOR THE ITALIAN TEAM AT SIGEP 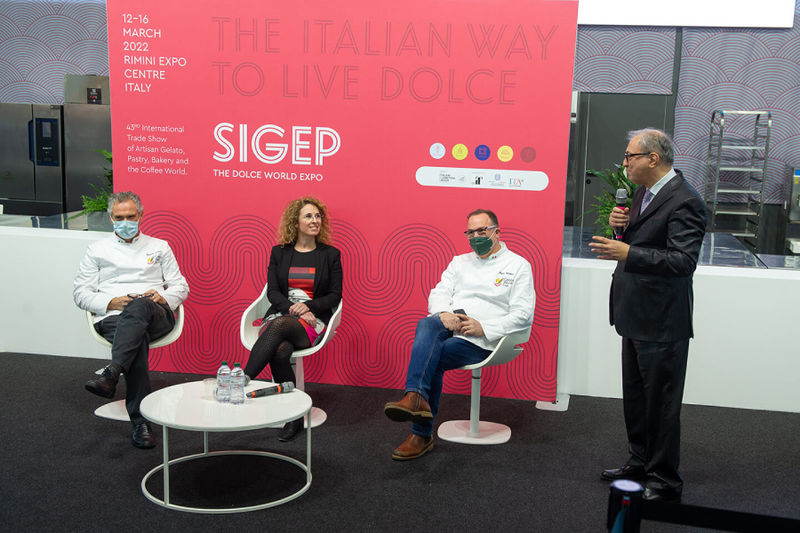 In fact, at Sigep - The Dolce World Expo, Italian Exhibition Group´s artisan foodservice expo, at Rimini expo centre from today, Saturday 12th March, until Wednesday 16th March, selections have begun for gelato makers and pastry chefs who will join the Italian team that will have to compete for one of the 12 places at the 10th Gelato World Cup, which will return to Rimini in 2024.

The new feature, in the sweetest international competition of all time, is the European championship, the first edition of which will be held in 2023 and will be a true ´knockout stage´ for the teams, each made up of a master gelato maker and a master pastry chef and chocolatier. At the presentation press conference of the selections, participants included Giancarlo Timballo, president of the world cup, Sergio Colaucci, in the role of contest official, and Claudia Timballo with his direction activity. On the occasion, there was also the presentation of the Gelato World Cup´s new logo, with a restyling that changes the logo to the soft natural colours of gelato and fruit.