Riviera di Rimini: a destination with a thousand faces

The origins of Rimini date back to ancient Rome. Founded in 268 B.C. the city was in a strategic position and had a well-defended port, which soon led to it becoming an important trading centre. Under the rule of Augustus it became a Roman colony, during which time it reached its peak and  was enhanced by public works of great value, many of which are still present in the city today. Centuries later, another era left a significant historical and artistic mark on Rimini and its surrounding area: the reign of the Malatesta Lords. The XIV and XV centuries were a particularly thriving time, artistically speaking. Impressive castles, strongholds and fortresses are scattered around the region. Following the traces of centuries-old history through the art left behind is an interesting and exciting way to relive the city's past: and all you need to do is walk the streets of Rimini. Or follow the valleys of the Conca and Marecchia rivers to head inland and discover places rich in history, ancient villages, castles, fortresses, parish churches and monasteries.

The old city walls, the Arch of Augustus, Tiberius Bridge, the Roman amphitheatre, to name but a few of the incredible artistic attractions in Rimini. History, in fact, has left valuable signs of its passing, such as Palazzo dell'Arengo, in the beautiful Piazza Cavour. The golden age for both the city and the surrounding local area was under the reign of the Malatesta Lords. This is reflected in monuments such as the Tempio Malatestiano and Castel Sismondo. The Tempio Malatestiano, the work of Leon Battista Alberti and a jewel of Italian Renaissance art, has now been painstakingly restored and houses the tombs of Sigismondo and Isotta as well as priceless works of art, such as low reliefs by Agostino di Duccio, the Crucifix by Giotto, works by Piero della Francesca and  Vasari. Castel Sismondo is an impressive fortress in the heart of the city. Commissioned by Sigismondo Malatesta, it has now been restored and is open to the public during events and exhibitions.

Already in the VIII century, this area was known as the "castle region". Crossed by important roads, there were many towers, fortresses, strongholds, castles and impressive examples of military architecture. Gradara Castle, where (as Dante tells in his Inferno) the unhappy lovers Paolo and Francesca were murdered by her husband, Gianciotto; Montebello Castle, where the ghost of A roams the halls; the Fortress of San Leo, perched atop an unassailable craggy rock, where Count Cagliostro died a prisoner within its walls.

Rimini was the birthplace of Federico Fellini, the famous film director, winner of 5 Oscars. His films feature many places in Rimini, to name nut a few “Amarcord”, “I Vitelloni”, “la Città delle donne”. Although the scenes were reproduced on sets in the studio, it is easy to trace the Fellini itineraries, from the majestic Grand Hotel, the pier down by the port, San Giuliano fishing village and the Fulgor cinema which is currently under restoration to become the new Casa del Cinema. Another illustrious Rimini figure was Tonino Guerra, poet and screenwriter born in Santarcangelo di Romagna, whose intense artistic career took him on a journey through theatre, painting, sculpture, exhibitions and designing parks and fountains. In Pennabilli, a small town in the local hills, there is an open air museum trail, I Luoghi dell'Anima, realised by the great artist. Santarcangelo di Romagna was also the birthplace of Guido Cagnacci, an important 17th century artist that lived between the times of Guido Reni and Il Guercino, and whose works can be seen in the City Museum and in the Church of Suffrage.

The historical centre offers endless opportunities to find top brands and fashionable accessories. Exclusive stores, delectable cafes and  interesting bookshops line the streets and fill the piazzas  The extensive seafront is a hive of activity during the summer months with something for everybody. Rimini also boasts a number of large shopping centres, outlets of local companies such as Pollini, Zanotti, Sergio Rossi, and street markets held annually and during the various seasons in the local towns and villages, as well as small shops selling typical food and wine  and local crafts.

The food in our region is the marriage of two different traditions: from the sea, with fishermen bringing home the variety of fish the Adriatic has to offer; and from the farm, produce of a rich and fertile land. The traditional cooking of Romagna blends and borrows from its neighbouring regions, Marche and Montefeltro. A simple and tasty cuisine, accompanied by DOC wines from our hills, red Sangiovese, white Trebbiano, Albana and Cagnina.

All along the Riviera coast you can find plenty of sports to play on the beach. If you prefer a spot of golf, you can choose from the Rimini-Verucchio Golf Club in Villa Verucchio and the Riviera Golf Resort in San Giovanni in Marignano. If cycling is your thing, then the Riviera and Malatesta & Montefeltro are an authentic paradise: leave the flat roads along the coast and you will soon find yourself tackling the hills, riding through breathtaking countryside while soaking up history along the way.

In the thermal baths located in Rimini and Riccione, immersed in the countryside, or living the beach life, there is a wide range of activities and treatments designed to re-energise your body and mind. Feel the thrill of the Moto GP at the Misano World Circuit in Santamonica, or take part in a  safe drivers course organised by Guidare e Pilotare. 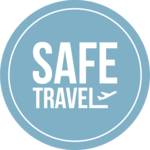